A brief history of the Jokers

Back in 1964, a few field hockey players at the University of British Columbia realized that they wanted to continue to play together after their graduation. None of the local teams interested them. They wanted to play good, competitive hockey, but with an active social side to it. So, this group of “hockey pioneers” formed their own team. The founders were Victor Warren (the ringleader), John Young (who designed the logo), DK Fraser (who chose the name) and Joost Wolsak (who chose the colour, as he was Dutch).

In 1967 the first Jokers women’s team was formed, following a mixed game made up mostly of wives and spectators who saw how much fun the men were having and wanted to join in.

In 1974, after much negotiating, the Jokers became a section of the Vancouver Rowing Club, joining the rowing, yachting, and rugby sections.

Over the years the club has seen that legacy of good hockey and great social activities live on. The members have changed but the Jokers spirit remains the same. 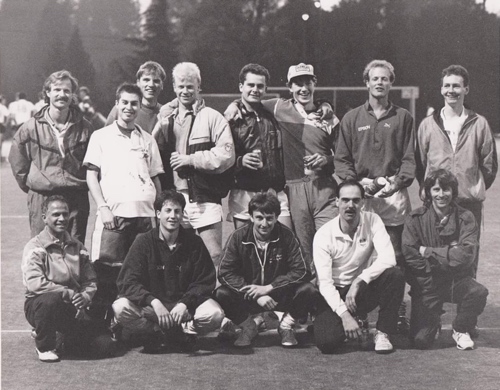